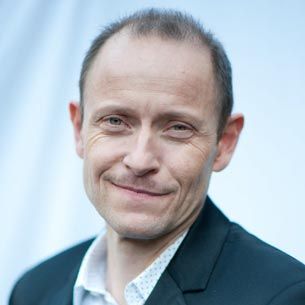 Head of IT Innovation & Technophilosopher, Fontys University of Applied Science
Netherlands
Rens van der Vorst works as a researcher, lecturer and educational innovator at Fontys University. He is known as a technophilosopher and has written two bestsellers on the impact of technology. A third book, about digital gremlins, will be published in March. Rens is working on the acceptance of EdTech as part of the Dutch Acceleration Plan by introducing an lightning fast procedure that empowers teachers and students. He also designed and launched a Moral Design Game especially for assessing educational technology and expanded his popular technology impact assessment tool (www.tict.io) with an EdTech branch. In this way, public values are made concrete. In addition, Rens is a widely read columnist, has published scientific articles about griefbots, runs the quantified student program and launched a widely used human alternative to the CAPTCHA (www.ceptcha.com). Rens (51) lives in the Netherlands in Breda, is married and has two children.
Sessions